OLD FUNERAL “OUR CONDOLENCES” 2LP (LIM. SILVER VINYL)
Old Funeral was born 17th of May 1988 and died in October 1992.
This album contains what happened in between. No tracks are re-mixed, nothing has been touched up. It’s all straight from original tapes. These recordings feature legendary artists (members of BURZUM, IMMORTAL, HADES, The BATALLION) in several unique line ups pioneering some of the oldest Norwegian black, deathrash and death metal!
This complete compilation, featuring ALL tracks Old Funeral ever recorded, follows Old Funeral from their rebellious youth through to an ending in darkness.

Limited edition re-press of 500 copies on silver double vinyl;
Comes housed in noble gatefold sleeve and with double sided inner sleeves.
Also a reprint of the 2cd version will be made available again with the 2lp!
OUT NOW! 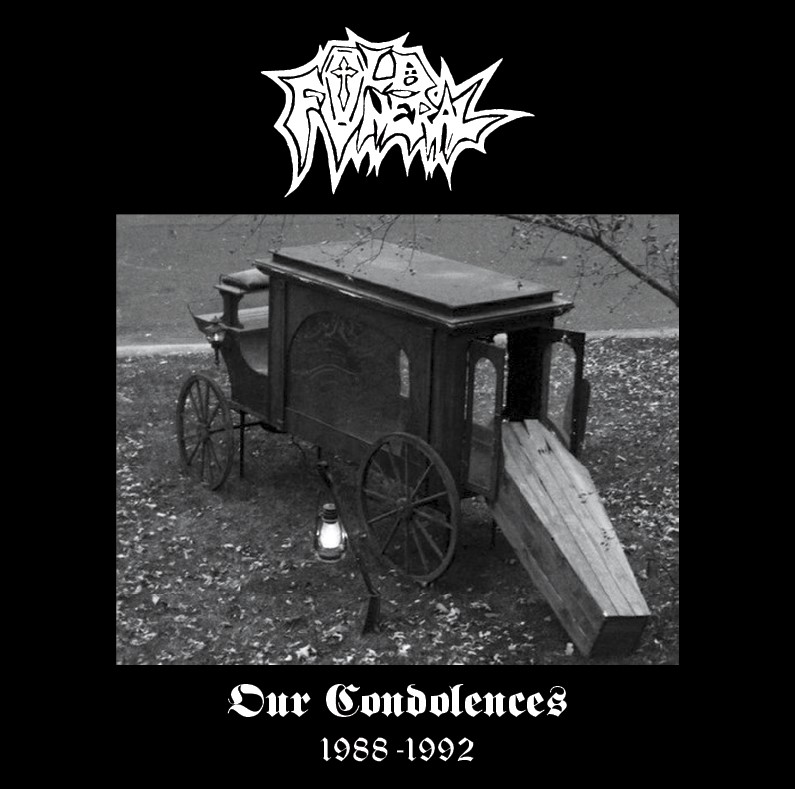