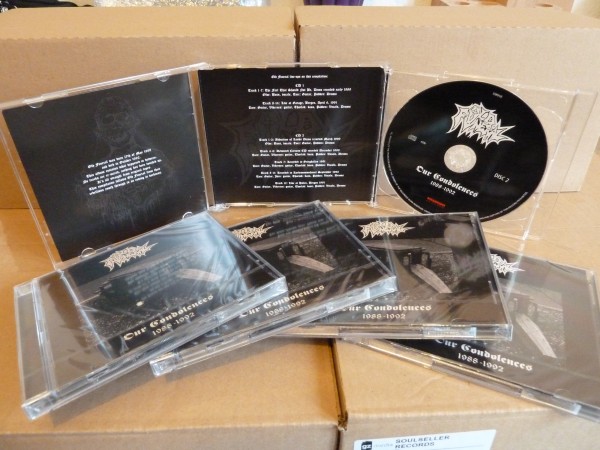 The most complete Old Funeral release to date! It includes:

– The first 7 demo recordings NEVER released before except for the 50 original cassette copies from 1989.
– Live recording from Garage, Bergen, Norway in April 1991. NEVER released in any format before.
– The Abduction Of Limbs 1990 Demo
– The Devoured Carcass 7inch 1991 EP
– The track Forced To Be Lost 1991 recorded in Grieghallen.
– The September 1992 advance tape
– Live track from Hulen, Bergen, Norway 1991.
– Vinyl Gatefold/ CD booklet includes original democover artwork + flyers + never before seen pictures including the VERY FIRST photosession from May 1988 !

Old Funeral was born 17th of May 1988 and died in October 1992.
This album contains what happened in between. No tracks are re-mixed, nothing has been touched up. It is all straight from original tapes. These recordings feature legendary artists (members from BURZUM, IMMORTAL, HADES, THE BATALLION) in several unique line ups pioneering some of the oldest Norwegian black, deathrash and death metal!
This compilation follows Old Funeral from their rebellious youth through to an ending in darkness.