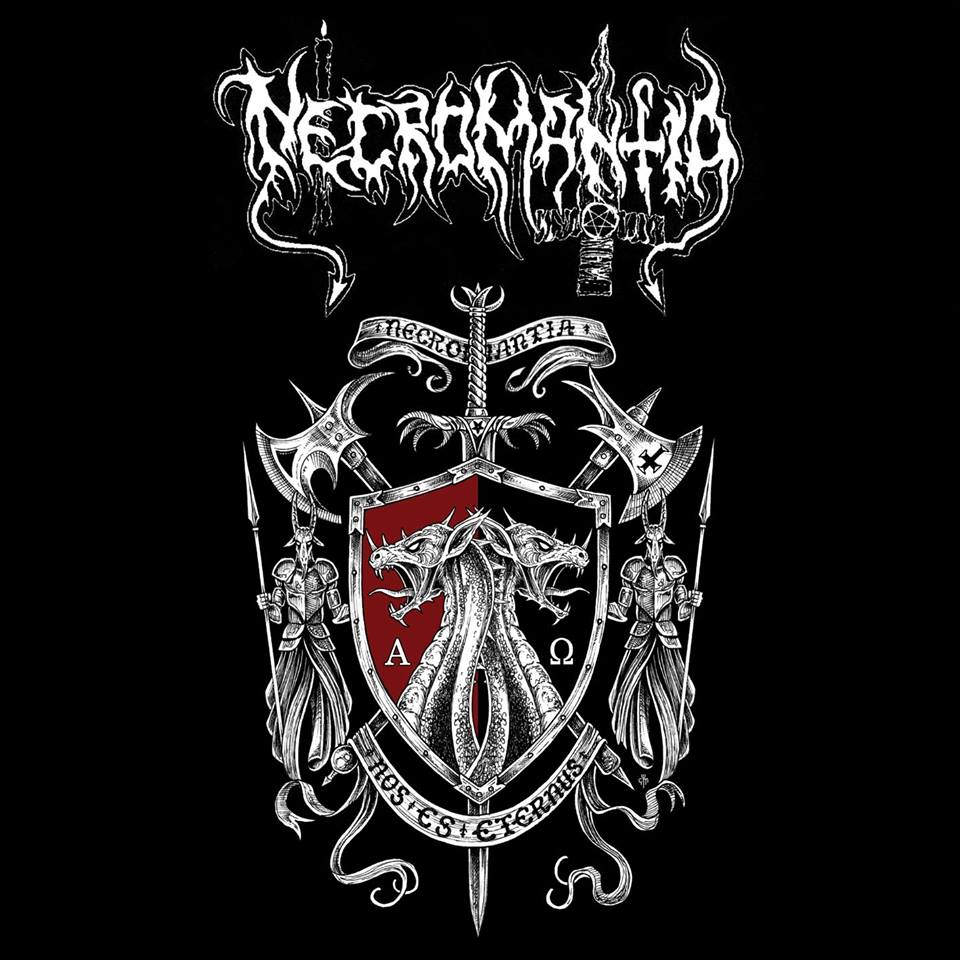 “NEKROMANTEION is the sacred place where the art of NECROMANTIA (necromancy) is performed. A dark haven, hidden from the common eyes where the necromancer practice and evolves his magnum arcanum. Likewise this double album compilation is a collection of almost all our works which are not included in our official albums, meaning demos, promos, splits, compilations, early works , covers e.t.c. It is the first time that all these rare gems are gathered in a double volume.
NECROMANTIA was always a band who followed its own dark path music wise. We created, not followed . We influenced and gave shape to the musical directions of younger bands and musicians. With NEKROMANTEION we offer you a full view of our wanderings through the Abyss since our profane birth in 1989.Be not afraid to look into the Erevos, although you must know that Erevos will look back at you.rejoice”
-The Magus 2014 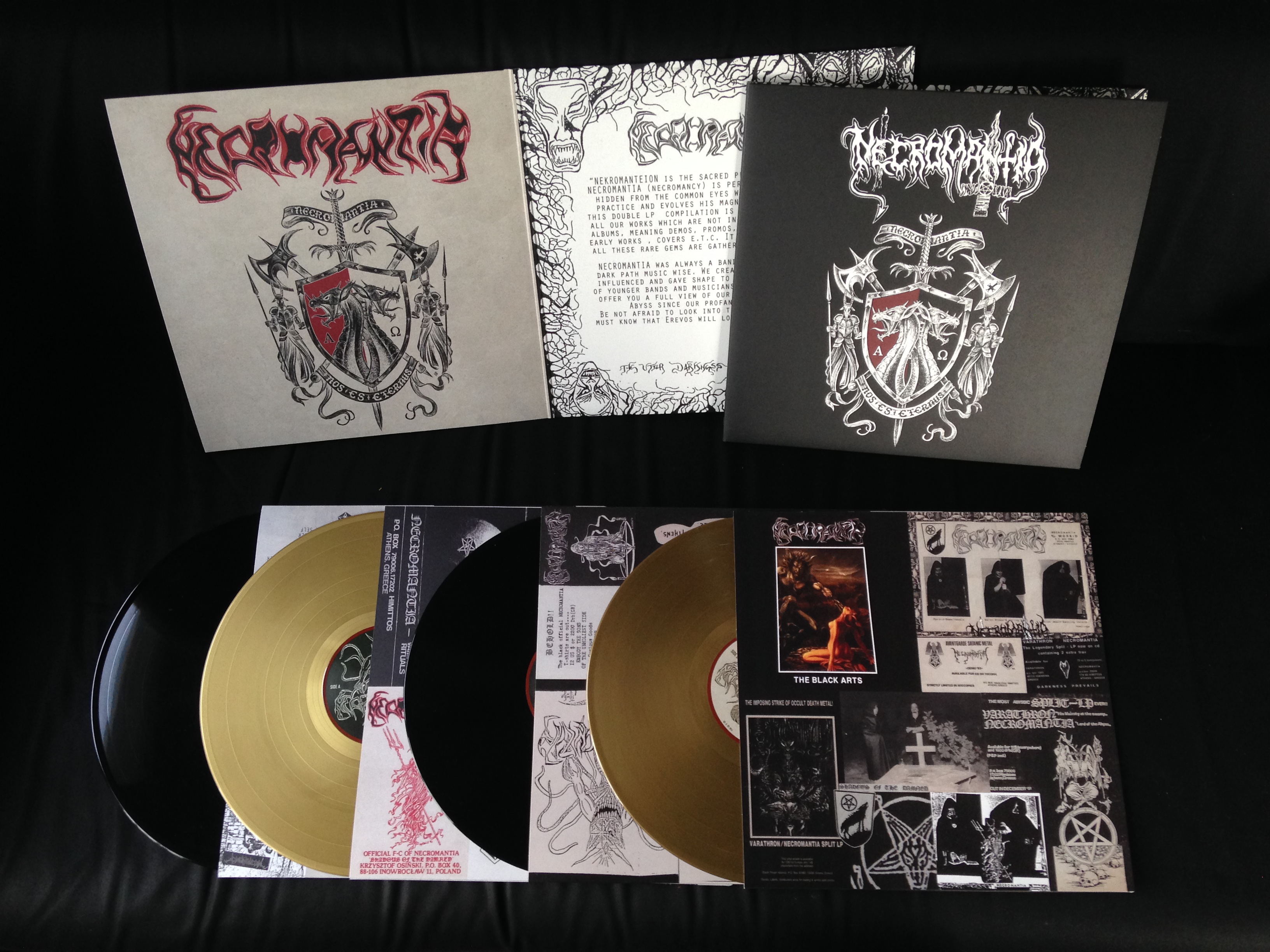