It is with immense pride we can announce we have in the works re-issues of the debut and sophomore albums by cult Belgian black metal act ANCIENT RITES!
“The Diabolic Serenades” and “Blasfemia Eternal” are classic milestones in the genre and are currently being worked on to be presented again with long overdue cd and lp re-issues, due out this summer.

The re-issues will feature their original artwork extended with additional unseen pictures and liner notes by Gunther Theys, whom on these re-issues states:
“We are very pleased to see our ancient works re-released. For they will forever remain a part of our band history and after all, they are a testimony of the pioneering days of Black Metal, when originality was a natural goal. Long before standard blueprints were set and the music industry turned it into another trend. As a music fan, I am content to see that our sold out works will be available again for a normal price, as I find it ironic that so few were interested in our band back then and now sell the items for prices beyond any logic. It was a pleasure writing extra liner notes and diving into personal old photo archives to make the re-releases extra worthwhile. Forever against the Mainstream. The Ancient Hordes ride out again, Ancient Flame still burning. Gunther, on behalf of Ancient Rites.” 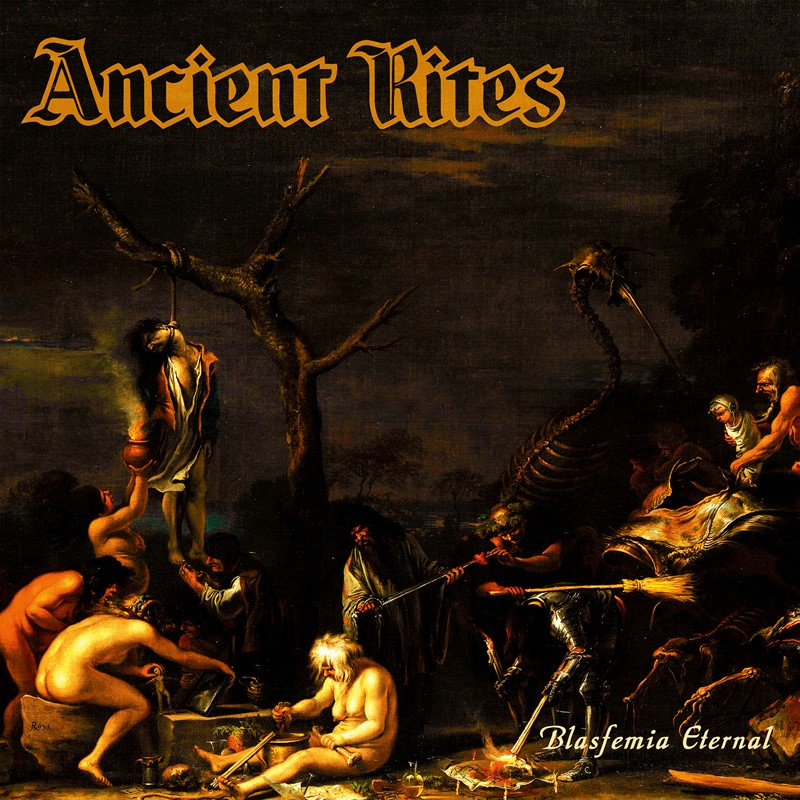