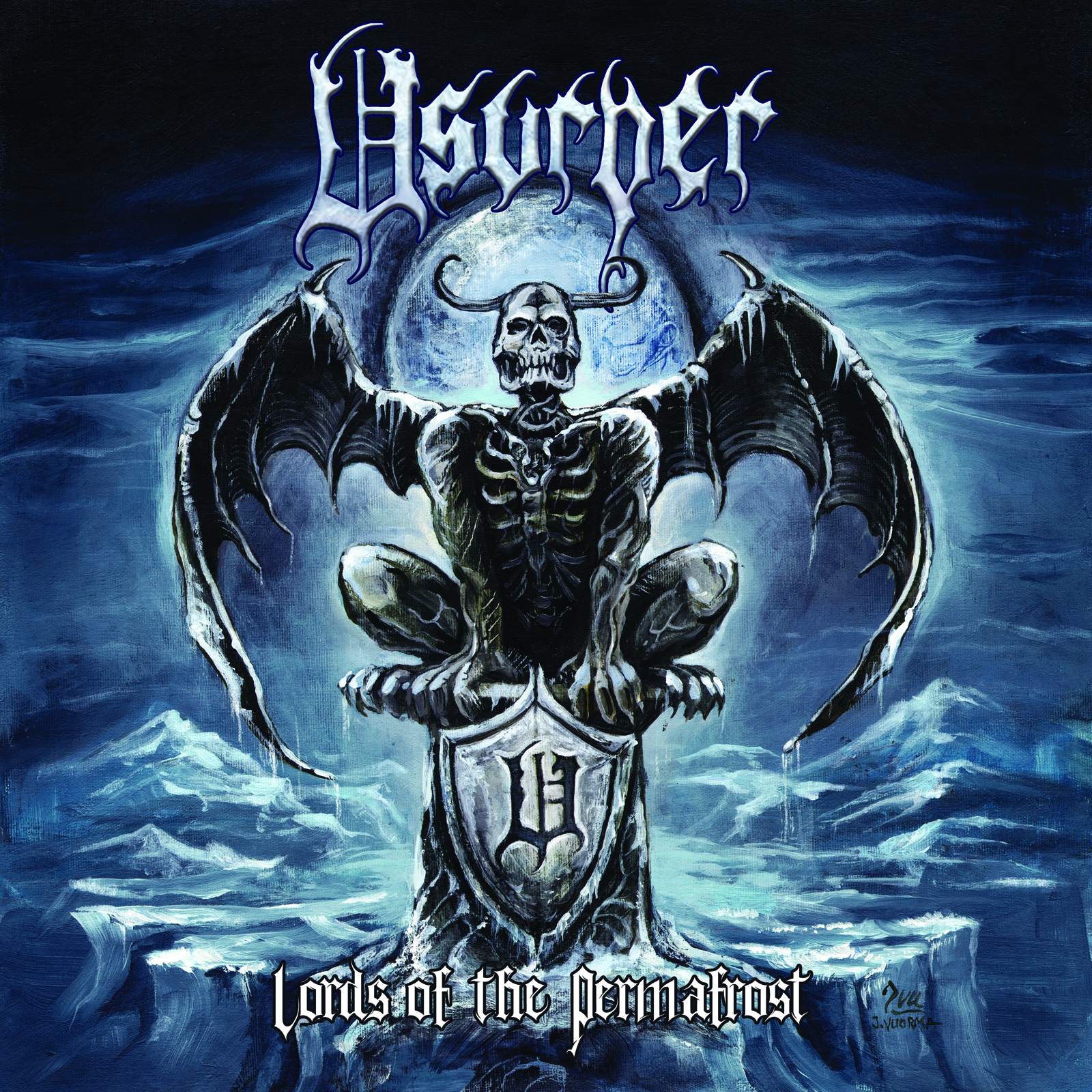 “Lords Of The Permafrost”, the band’s sixth full-length and first one after a 14 year hiatus, will be released on 22nd March 2019 via Soulseller Records on CD, vinyl and in digital versions. It was recorded and produced between July and August 2018 at Electrical Audio, Chicago by the band and Taylor Hales and features a cover artwork by Juha Vuorma.

USURPER’s blend of 80’s inspired Thrash Metal, classic Heavy Metal anthems, over-the-top chaos and hints of dark, melodic atmosphere has been a trademark of the band since day one.

PRE-ORDERS FOR “LORDS OF THE PERMAFROST” CD/VINYLS/MERCH WILL START THIRD WEEK OF FEBRUARY.

A lyric video fort the title track is available at this location: https://youtu.be/LpVJT21xeXU

The band states: “After a 14 year hiatus, Usurper are proud to return with our sixth full length album entitled, “Lords of the Permafrost”. Back when we formed in 1993, we had the goal to create heavy, memorable songs with the anthemic quality of traditional Heavy Metal, combined with the heaviness of death metal, the fury of thrash metal, the atmosphere of black metal and the straight-forward, ass-kicking of 70’s Hard Rock…. 25 years later, we feel we have stayed true to our original objective and have recorded the quintessential Usurper album. Lyrically these songs explore topics such as monster folklore, the paranormal and other obscure tales, all while being delivered with a lethal dose of Heavy Metal bravado. Usurper never have, and never will chase trends. We have only returned to bring our next chapter of metal to the Worldwide Warriors of Iron and Rust, and kick maximum ass!” 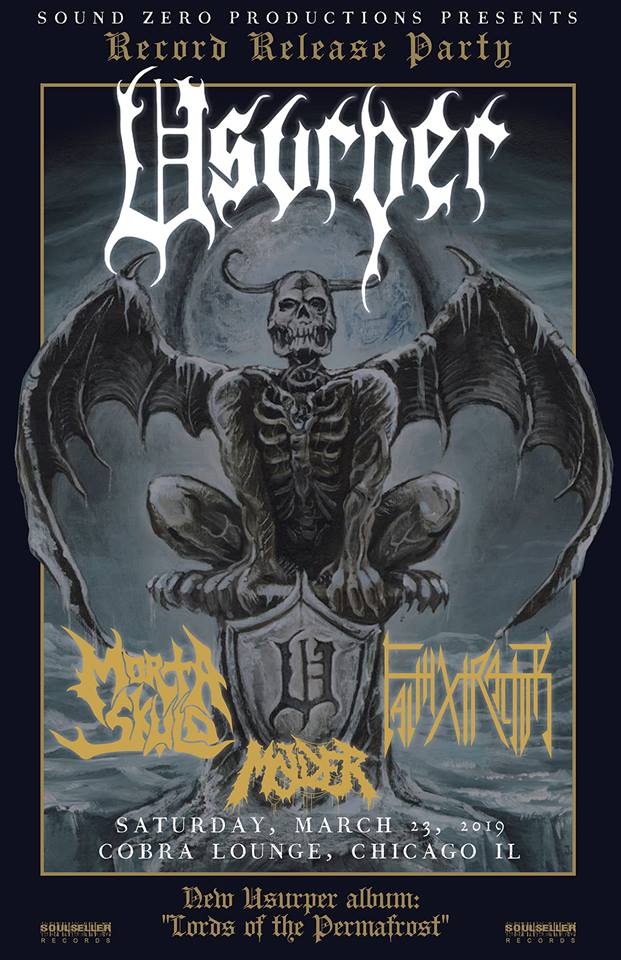