GORGOROTH “DESTROYER – Or About How To Philosophize  With The Hammer” 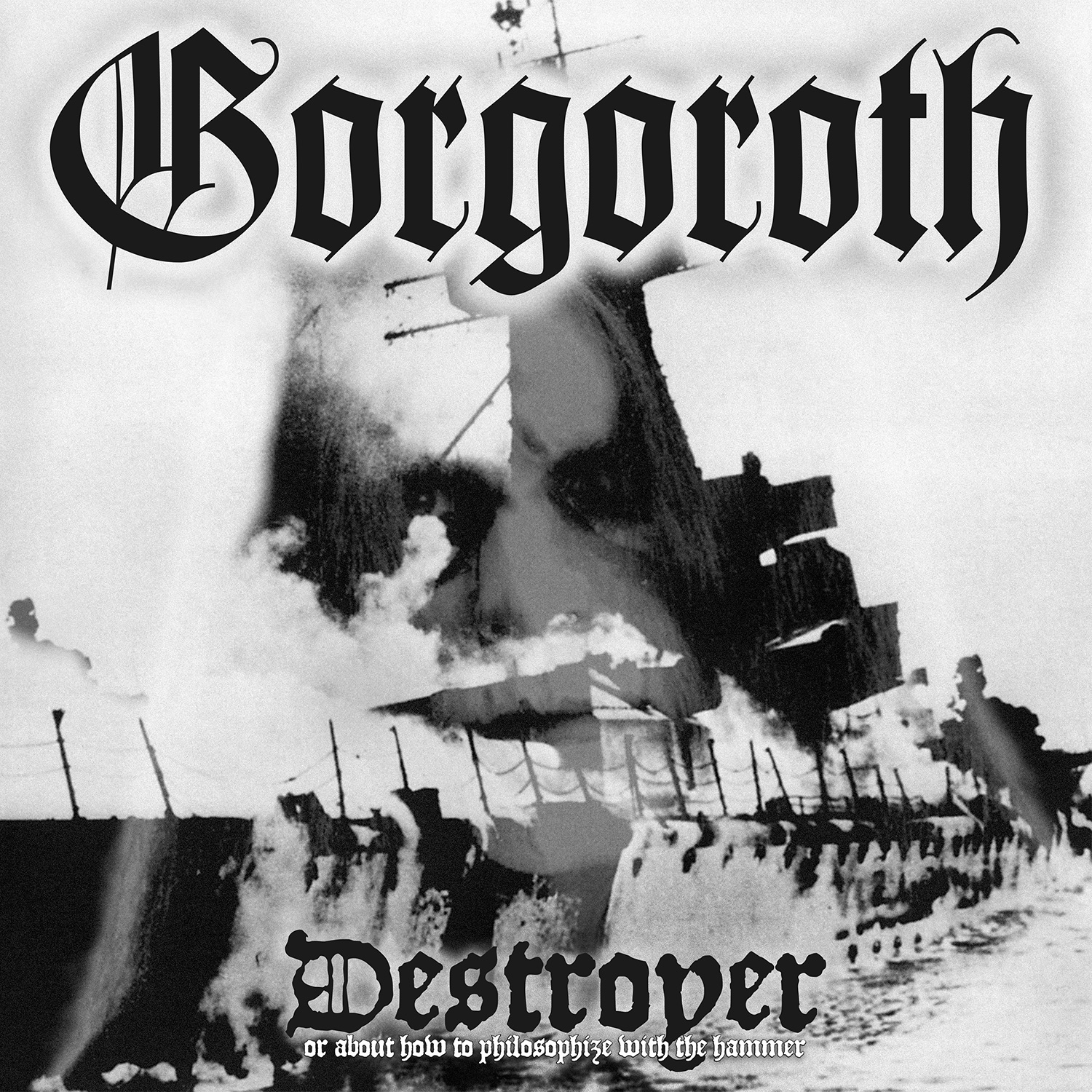 19 years after its original release the classic Norwegian Black Metal album is presented again. With no further introduction needed, the early Norwegian black metal band Gorgoroth had been crushing everything on its path ever since their birth in 1992 and with this, their 4th studio album, things were no different. Introducing Gaahl on vocals on the opening track, and with guest appearances of Frost (Satyricon), Daimonion (Enslaved), Ares (Aeternus) in addition to the reaping vocal performance by legendary singer Pest, all under the supervising leadership of Infernus, the message was clear: total Norwegian black metal destruction!
With art directions led by founding member Infernus, “Destroyer, or about how to philosophize with the hammer” now finally sees the darkness according to his wishes 100%.
In addition of this special re-issue it comes with exclusive liner notes from Jon “Metalion” Kristiansen, of the mighty Slayer Mag.

The re-issue of this great album is available now on the following formats:

Place your orders directly via mailorder@soulsellerrecords.com by stating the items you want to order and your address and we’ll get back to you with the total including postage.
Special package deals and a full list with items we have for sale is available here: www.soulsellerrecords.com/mailorder 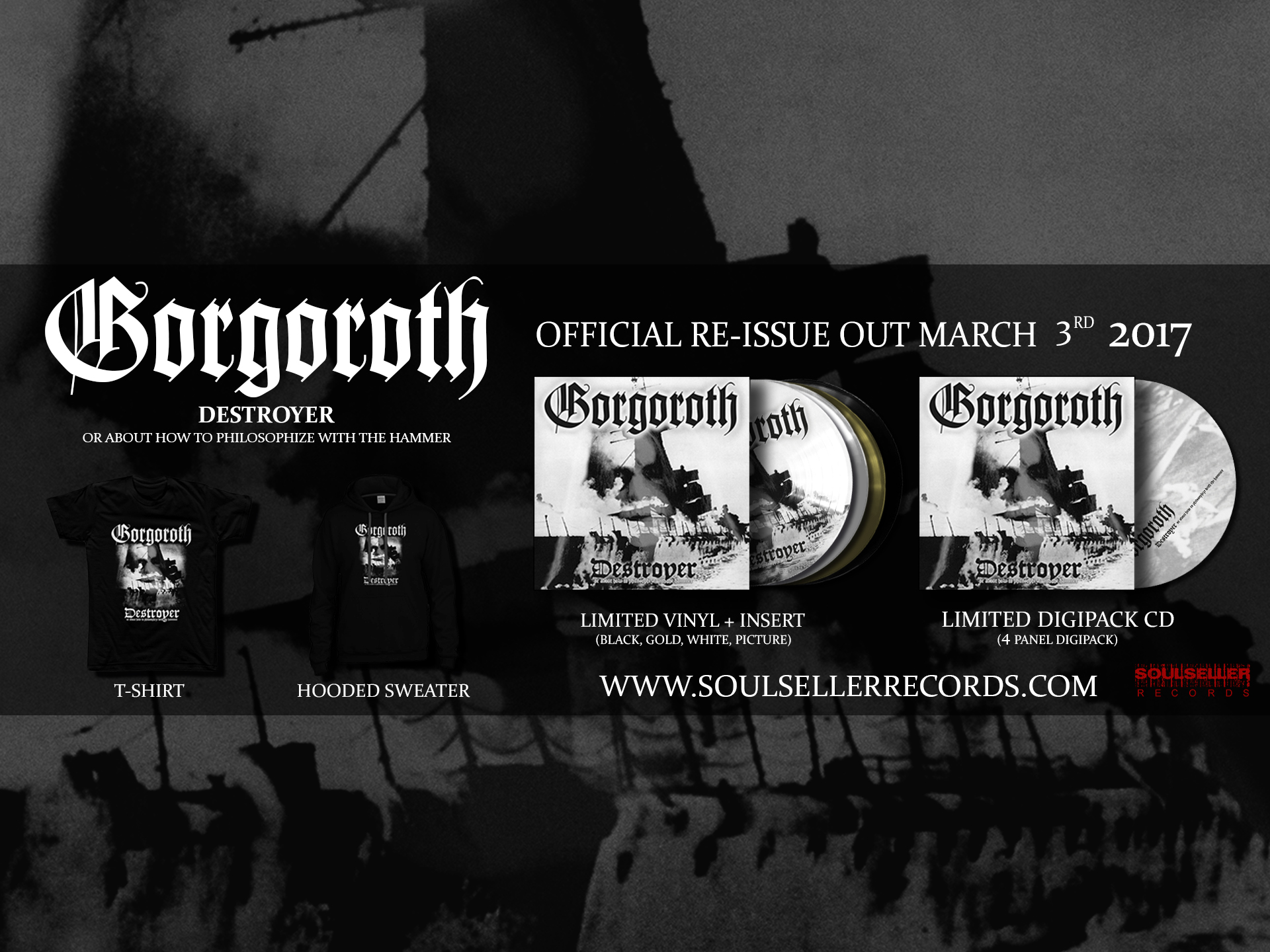 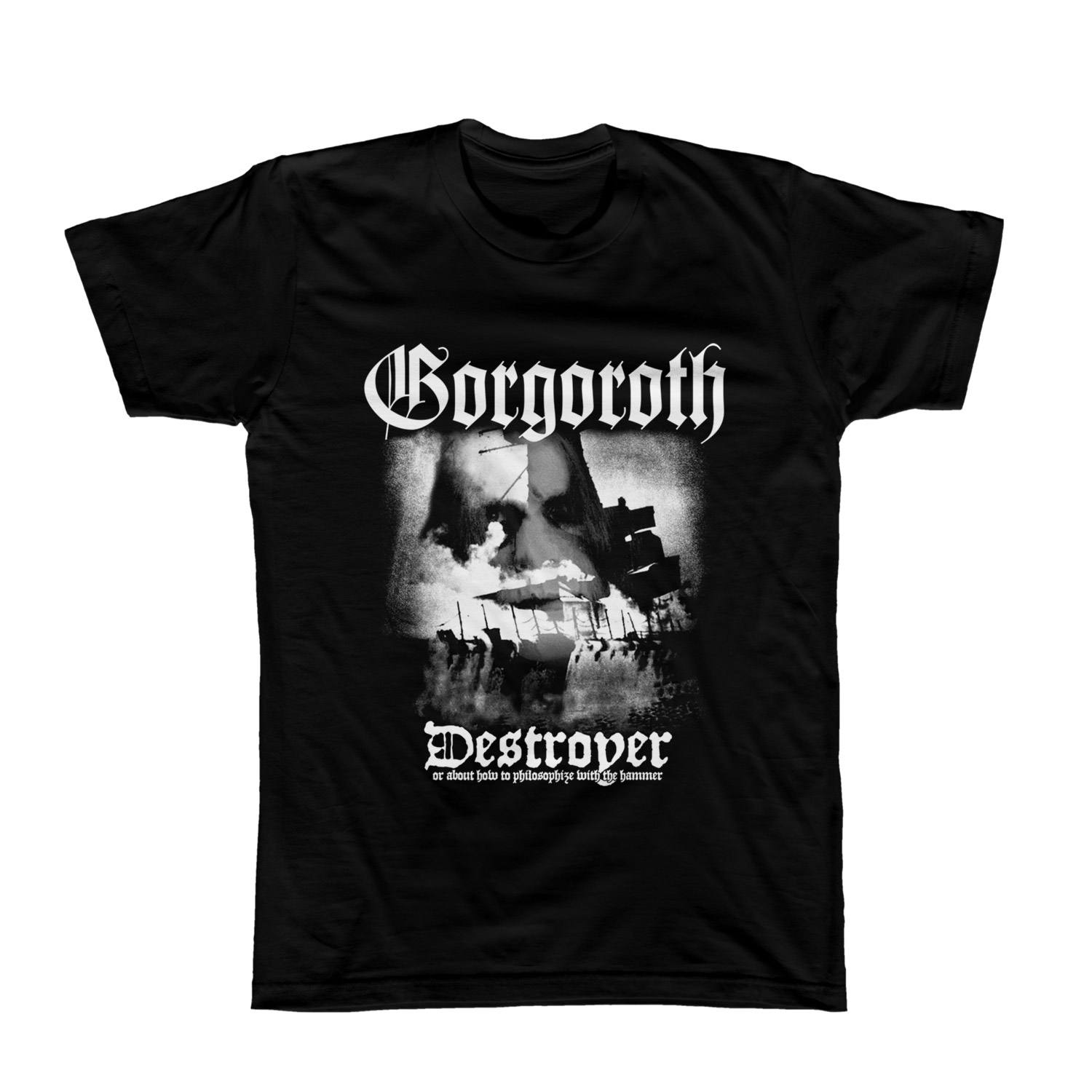 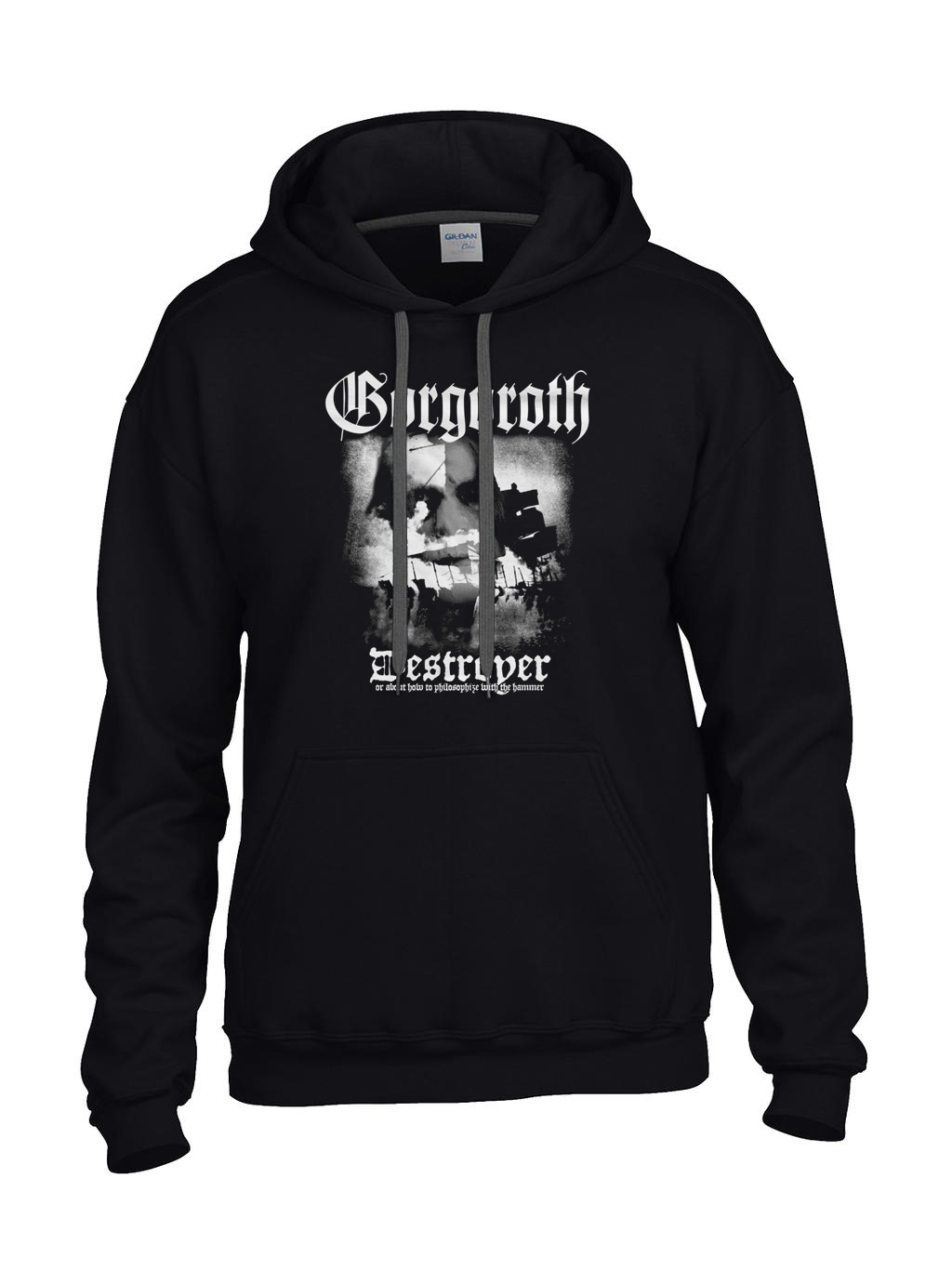 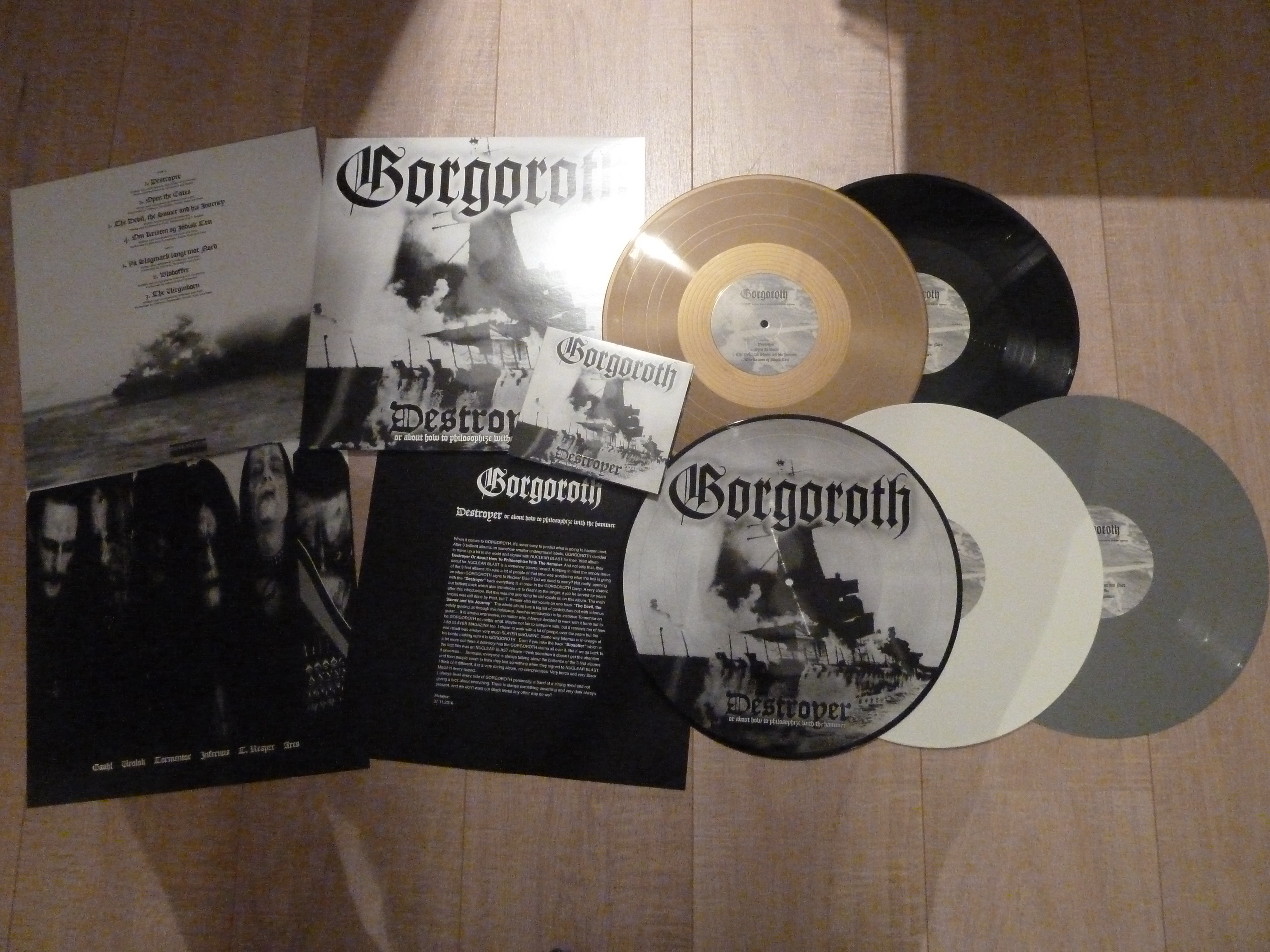