The album is available as a 3-panel-digipack-CD and in digital formats.

Check out the title track at this location: https://soundcloud.com/disquietmetal/disquiet-the-condemnation/s-fSUgy

DISQUIET, re-established in Utrecht in 2008, are offering next-level and diverse thrash/death metal with a modern and melodic approach. Their debut album “Scars Of Undying Grief” (2012) was already highly praised by the medias (e.g. “Thrash tip of the month” – Metal Hammer) and even paved the way for a show at Wacken Open Air and international gigs in Luxembourg, Belgium, Suriname and Germany where they shared the stage with bands like Arch Enemy or Annihilator. 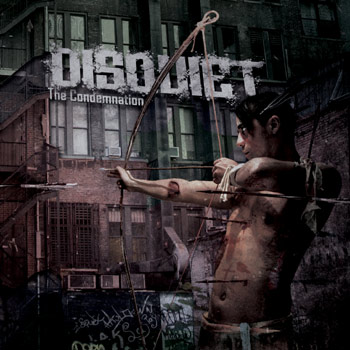